This book was SO GOOD.

I have to say I wasn’t all that intrigued by the prologue. It struck me as kind of… for lack of a better word, boring. I felt the same way through the opening scene, too. I understand that Alex was setting up Etta’s world, but it felt forced somehow. It was kind of like chewing overcooked meat, honestly- unpleasant and unnecassarily long. 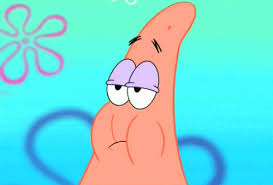 But then Etta travels to 1776, when the American Revolution is well under way. Her ship is commandeered by a band of legal pirates, including the other protagonist Nicholas. The whole endeavor reminded me of the first Pirates of the Caribbean movie, in a good way. The dinner scene was particularly interesting; I loved the detail and effort put into it. The way the men spoke, and how they interacted with each other, especially with Nicholas, was so clearly from the eighteenth century. I really loved the candor between Etta and Nicholas in their conversation after the dinner disaster. Still, I felt that this part dragged a little too, and that a lot of it was just not important. The book is 496 pages, but the first 200 kind of faded away in my mind.

But then we meet Cyrus Ironwood, the mafia man of all of eternity. And that’s when things get interesting.

I adored the scenes in the different times and places. Alex did a really great job of making the setting come to life in such a short amount of time. I really felt like I lived in these foreign centuries. They were so exotic and so packed with information. And actually, these scenes felt so short! I wanted more in each place, more time and more events. They didn’t feel rushed, per say, although they were very fast paced, but they were definitely short. And the deadline, despite being very soon, never felt like it was looming over the characters, so I didn’t really understand why Etta and Nicholas were moving so quickly.

I really liked Etta and Nicholas as characters. Etta is so honest and independent. She consistently does whatever it is she’s not supposed to do. And it’s great. I really loved the way she depended on music to survive, how it was the only force keeping her blood moving through her veins. The way she thought in notes and strings, not numbers and signs. It was impressively different. There were some times when she annoyed me but I think overall I enjoyed reading from her perspective.

And then there was Nicholas.

Oh, Nicholas. How I do love thee.

I love the fact that Nicholas is a pirate. I adore pirates.

So that was really cool. But even more than that, his keen and cunning mind was really fun to explore. He is not patient or calm or kind, but he knows what he wants and how to get it. He is extremely determined, but he’s also very humble. His skin color is, in his time, as bad as a handicap; he is not respected by his fellow sailors like he would be if he were white. Seeing him react to the different treatments he receives is both interesting and heartbreaking. As someone who is not a POC, it was really disturbing to me to feel how shocked he was when he was greeted with kindness. And I really loved that Alex thought to bring in that aspect of the story. There is, after all, no better way to tell the truth than through fiction.

While I did like Etta and Nicholas’ relationships with each other, it kind of irked me how early they had feelings for the other. It was a little too insta-lovey for me.

So kudos for that, Alex.

I really really loved the time travel ideas that Alex brought up in this book. For one, that you cannot exist twice in the same time period- so basically, there can be no Harry Potter Time Turner mind warping. Second, that the calendar year continues no matter what year it is in- if you jumped into a passage on November 21 year xxxx, you would arrive at the other end on November 21 year xxxx. Also, the passages can transport you to a different place! How cool is that! You can enter one in New York and be spit out in Hawaii! My favorite part, though, is that when a traveller dies, the nearest passage collapses.

In the end, I really liked this book. It was a fast and easy read, and I became very attached to the characters. It’s very different from Alex’s other series, The Darkest Minds, so don’t expect the same thing! But I think that it’s definitely worth checking out.