First thing’s first: Rowan + Aelin. Going into this book, I did not ship it AT ALL. I was firmly aboard the “BROTP, not OTP” vessel. I loved that they had such a strong, platonic relationship, and that there was no angst, no petty drama between them.

I guess I must’ve missed something.

In Queen of Shadows, everything I didn’t ever want between them was there. The angst, the drama, the fear of unrequited love- everything. And at first, I hated it.

Before I go on, I also have to add that I loved Chaolaena. They were my OTP of this series. And then, in pretty much the very first scene, Aelin says that after Chaol had broken her heart and then sent her off to Wendlyn, her heart healed- without him. And I’m just like: 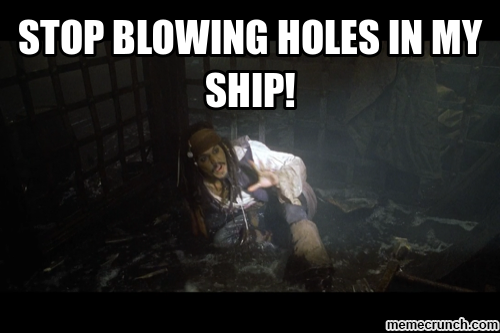 So anyway, somehow- perhaps because I love both Rowan and Aelin, and only want to see them happy- I ended up actually liking the idea of them together. By the end of the book, I was totally invested in their happily ever after.

My favorite thing about SJM’s books is the characters she dreams up. I adore every single one of them- Rowan and Aelin and Chaol and Dorian, obviously, but also Aedion and Manon and Nesryn and Asterin and Elide and Kaltain… sigh. SJM does a phenomenal job of fleshing them out, developing them, making them feel like real people. And, gods, when they die- sound of heart shattering into a million pieces. I think in this book, my favorite characters were Aedion and Manon. I loved them because a) there was no romantic drama involved with either of them but also because b) they are fiercely loyal to their family, snarky, and excellent fighters. They each, especially Manon, go through so much, but their hearts only grow stronger. AGh I love it.

There is a lot of redemption going on in this book, especially for the Captain of the Guard. Chaol, who has lost everything- his job, his best friend, his love, his honor- starts out as a complete jerk. I’ve heard some people complain that SJM just changed her mind about him midseries and decided that he was not a good person, but I completely disagree with that. Chaol goes through major character development and becomes a much better person than the one we met in book one. His attitude towards Aelin changes drastically. It’s understandable that at the beginning he says such cruel things to her, because he loved her- and she comes back as a stranger. What matters is that he is sorry for it. He also learns to accept magic, and its role in their plans to rid Adarlan of the tyrant king. He even (sort of) apologizes for what happened with Nehemia: when Lysandra is taken, he looks at Aelin and says “Never again.” I love that he not only says but also shows how truly sorry he is about Nehemia by doing his best to get Lysandra back safe. I think that this is when him and Aelin finally put aside their bitter feelings and become friends again.

I really really loved the reappearance of music, and the arts, in the book. We saw earlier in the series that Celaena could play the pianoforte, but as she shifted into Aelin it kind of.. faded away. Thankfully, in this book it came back full force. I loved how, even though we only meet her old dance teacher, Florine, briefly, I became attached to her. She made a huge sacrifice and a huge promise for and to Aelin, and it’s hard not to respect and admire that. The small flashback, where Aelin reveals that the instructore would let her play the pianoforte after their lessons, made me even fonder of Florine.It’s amazing how it only takes SJM one scene to make me fall in love with yet another character.

The plot was like a maze- as I’ve come to expect from SJM. There would be moments where she would allow me to think I knew what was coming, and then she would come in with a twist, and it would be something totally different than I expected. I love being kept on my toes like that- feeling like the book is a true adventure.

The climax of this book was EPIC. In fact, it took me a little while to process what was happening. I am so curious to find out what she does with the information she revealed towards to end.

The very end, perhaps because it was not a devastating cliffhanger, was a little of a letdown. It was good- great, even- but not the heartbreak I was expecting, that I had been bracing for the entirety of the novel. I guess I should be thankful for the fact that my heart is still intact. Actually, now that I’m thinking about it, there were very little named character casualties, and none of them so bad as certain other deaths in previous books. *cough Nehemia cough*.

I really loved how this book weaved the seperate stories of the characters into one cohesive book. It was masterful.

In the end, I believe that the next several months of agonizing anticipation for the next SJM book were well worth reading this book.